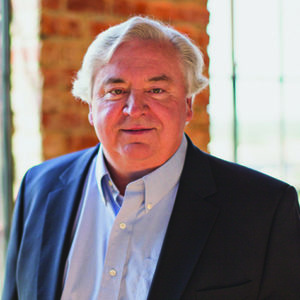 Following WWII, my father, Major H. Jordan, went to work as an ironworker and later as a pipefitter/boilermaker for Greenville, SC, based Daniel Construction Company. By the mid-1960s, Daniel had built more than 250 manufacturing facilities in South Carolina alone for such firms as Celanese, DuPont, Milliken, Monsanto, JP Stevens, and Textron. During those days, industrial developers had a relatively short list of requirements for selecting a plant site including being near water and electrical power, buildable property on high ground, and a community of people looking for good paying jobs. Davis & Floyd, Inc. did the engineering for some of the projects. The environmental challenges that industrial developers are faced with today have drastically changed since the team led by Charlie Daniel, our co-founder Emmett Davis, Jr., and Bailey Phelps, president of Fiber Industries, encountered during the design and construction of the Fiber Industries plants across the Carolinas.

The process has been ever changing since the EPA was founded in 1970 when regulations like the Clean Air and Clean Water Act became legislation. Each decade since, more and more rules have been added to the equation. Permitting costs became part of the budget and unpredictable time frames to get permits were plugged into the schedule.

During the previous administration alone, from 2009 through mid-2016, the EPA published over 3,900 rules, averaging almost 500 annually, and amounting to over 33,000 new pages in the Federal Register. Mountains of regulations created growing concerns from states and affected entities about the exponential complexity, costs, and legality of EPA rules.

Today, to assist in the selection process, Davis & Floyd helps economic developers advance their sites by doing various forms of due diligence to scrutinize the site before marketing it. Those assignments range from limited desktop studies to a comprehensive list of SC Department of Commerce’s site certification requirements that in some cases carry a price tag exceeding six figures. The catalog of deliverables includes a property survey, wetlands delineation and plat, a Phase 1 ESA, threatened and endangered species as well as cultural resource studies with specific agency concurrence, a geotechnical study, zoning, floodplains, general transportation and utility assessments, and a proposed site development plan with an engineer’s estimate. This wealth of information is used by industries to implement their search for the best site location to meet their needs.

Davis & Floyd has and will always focus on the economic growth of South Carolina within each of the market sectors we serve, adding value to our clients so they can be successful, while leaving our beautiful State a great place with a clean environment to live in the future.