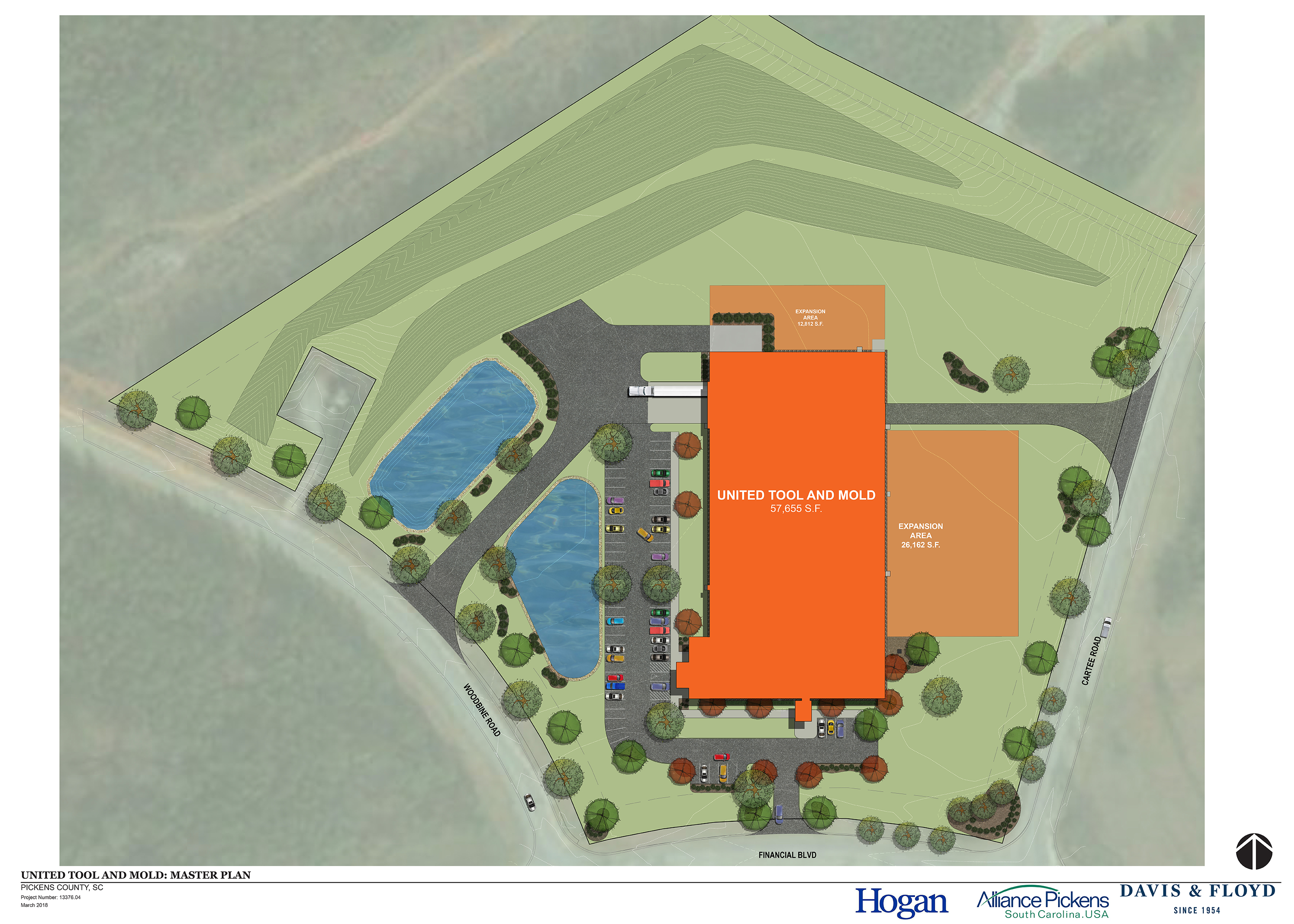 United Tool and Mold, Inc. announced it would be expanding its operations with a 60,000-square-foot, state-of-the-art facility in Pickens County Commerce Park. Davis & Floyd congratulates Alliance Pickens and Pickens County on securing this $11.1 million investment, which will create 17 new jobs.

Davis & Floyd was selected by Alliance Pickens and Pickens County to serve as the civil engineer for Pickens County Commerce Park. Since then, the firm has designed, permitted, and provided design services for the rough grading of six parcels within the park.

“We are proud of our partnership with Alliance Pickens and Pickens County and the resulting investment and job creation,” said Stephen Davis, President and CEO of Davis & Floyd, Inc. “We look forward to continued work with Pickens County.”

United Tool and Mold, Inc. is a provider of tooling projects, engineering changes, and repair services for the plastics industry. The company also has operations in Duncan and Easley.